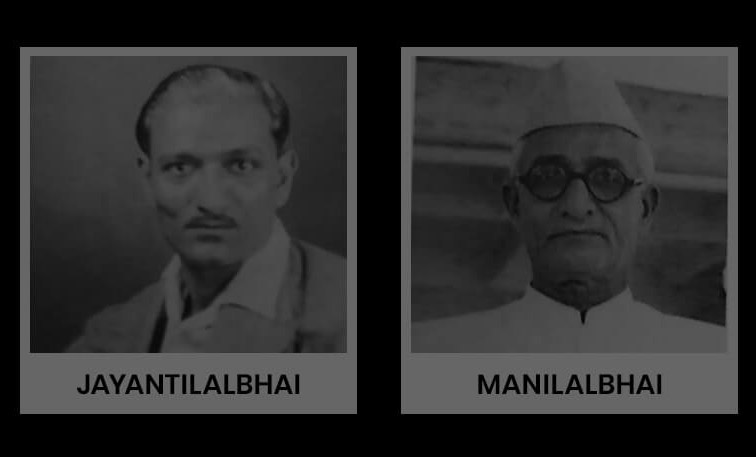 Manilalbhai and Jayantilalbhai Kotak came to Bombay from Keshod in Gujarat. They were an asset to the foreign shipping companies that were trading in India, as they were proficient in both Gujarati and English. In Bombay, the brothers met and partnered with Mr Baxi in his shipping company, forming J M Baxi

Trade was the backbone of British India. The key ports of Bombay, Calcutta and Madras were directly administered by the British, but many smaller ports were managed by local rulers. This was true in Gujarat, where ports such as Bhavnagar, Porbandar, Okha, Jamnagar and many others flourished. J M Baxi became the shipping agents at these Gujarat ports. Priding itself on its pan-India network, it also established a presence in Bombay and Kolkata. 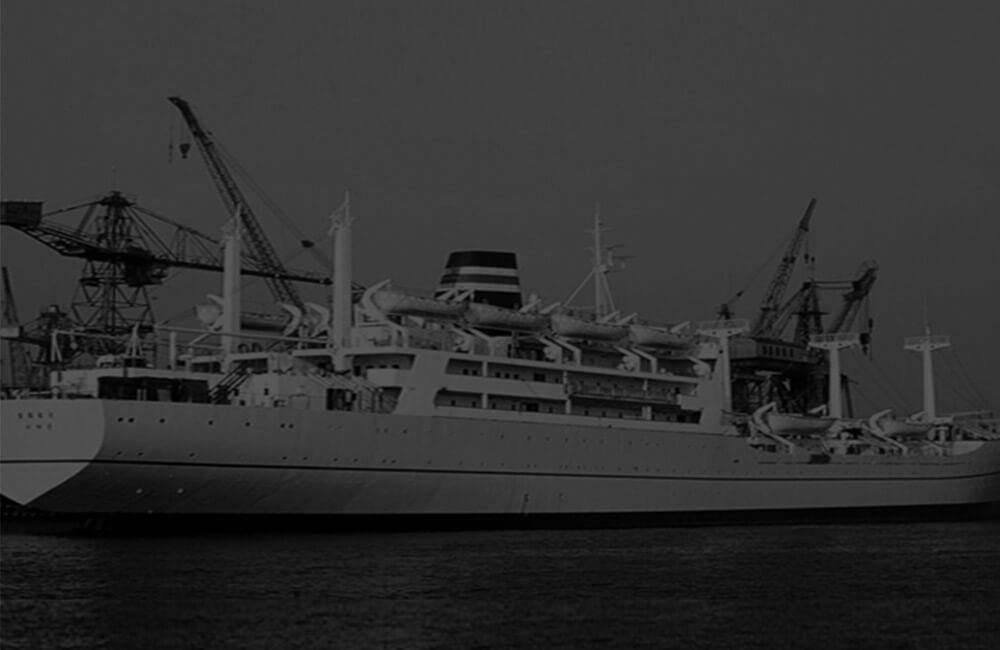 Mogul Lines owned a number of cargo and passenger ships. Nemichand Jamnadas partnered with the Kotak brothers to run a house broking operation for Mogul Lines. This company was called N Jamnadas & Co. It effectively became the outsourcing arm of Mogul Lines, marketing the cargo and passenger space on its combo-carriers. The Middle East was still underdeveloped and aviation was in its infancy. Many of the workers who emigrated from India to the Gulf went by passenger ships. The Moghul Line had two ships, Akbar and Noor Jehaan, which ran between Bombay and the Persian Gulf and Red Sea ports carrying both passengers and cargo, which were entirely handled by N Jamnadas.

Mogul’s parent company, the Turner Morrison conglomerate, had many interests. Turner Morrison owned the buildings in Bombay and Calcutta where J M Baxi had its offices. When the need for additional space arose, Mr Hume,the head of Turner Morrison at the time, offered to rent them the basement of 16 Bank Street.

At the same time, they picked up the freight business of key clients like Hindustan Lever, Kabir Exports, Jamnadas Madhaji and KeshulalTalakchand. They also picked up orders from the giants of Indian textile exports, Chaganlal Kasturchand and Manilal Talakchand. 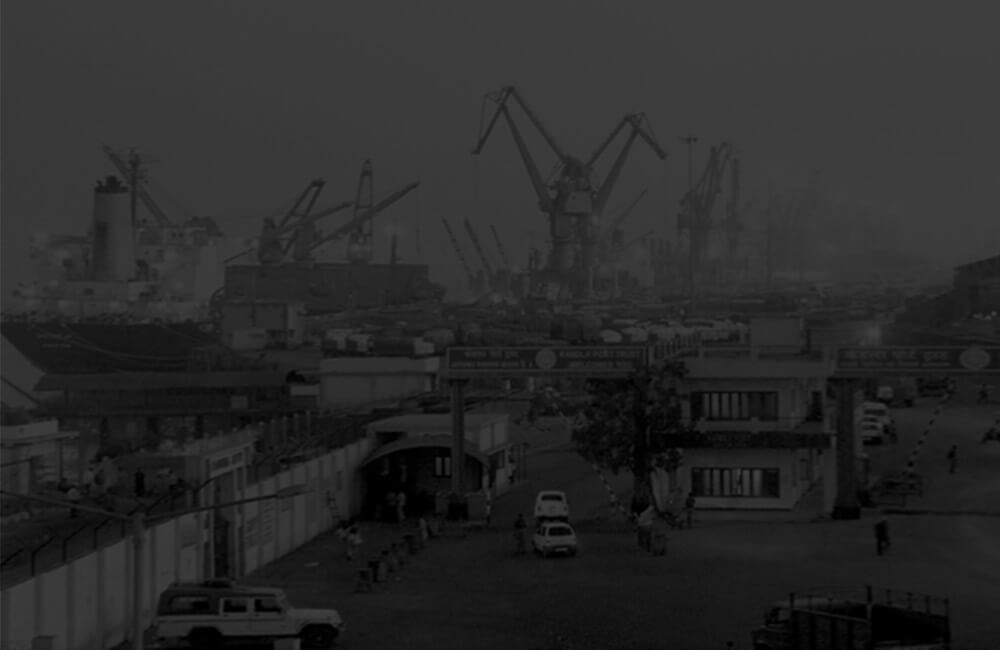 A turning point in Indian shipping came when Dwight D Eisenhower signed the Agricultural Trade Development and Assistance Act (also known as PL480) on 10 July 1954. Under this programme, the US shipped grain to India to help deal with the famine-like conditions in the country. Due to our exposure in the minor ports of Gujarat, J M Baxi was familiar with handling cargo through barges. With our company’s significant involvement with grain lightening, the Kotaks became very active in this programme, acting as shipping agents, stevedoring, clearing and forwarding for these shipments.

Seeing the developments in Kandla, the port officials approached Bhagwanbhai asking how to develop the east coast. Bhagwanbhai suggested a port must be established to increase trade and attract business, and suggested the same must be done in Paradip. Soon after the port was conceptualised, and Bhagwanbhai was amongst the first trustees of Paradip Port. 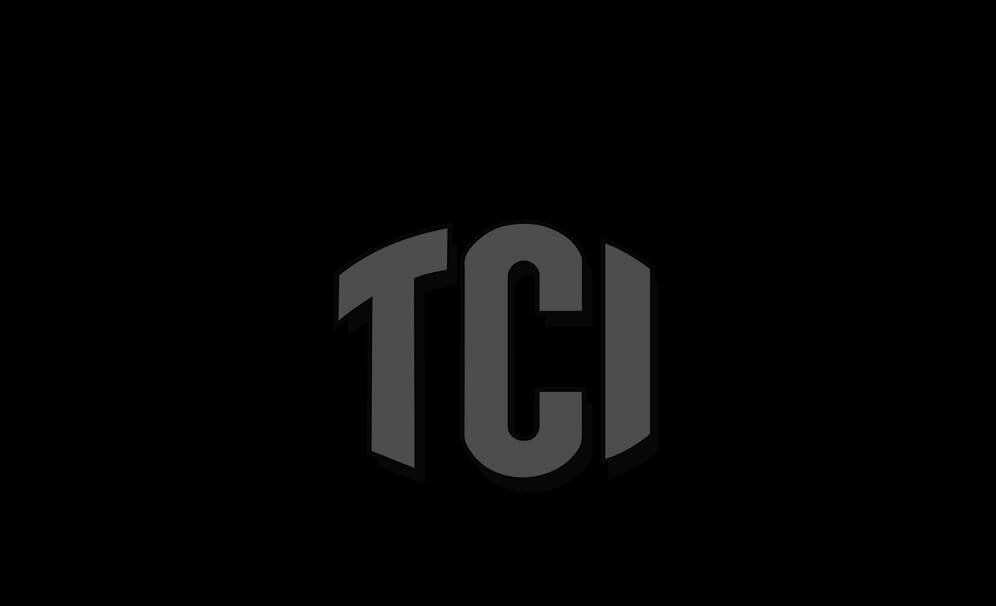 In the 1960s, aviation was just emerging in India and it offered uncharted opportunities. Since N Jamnadas had a background in offering passenger services for the Mogul Line, the firm decided to become IATA accredited. In 1961, two other firms, Lee & Muirhead and Jeena & Co, offering similar services, decided to get together with N Jamnadas to create the Travel Corporation of India (TCI), an IATA accredited agent for passenger and cargo transport by both air and sea. The Kotaks became one-third owners of TCI. J M Baxi was already involved in handling grain under PL480. In the late 1960s J M Baxi already had exposure to handling cargo through barges with its experience in the smaller Gujarat ports. With this acquisition, the steamship MS Bhadravati (3000tons) and tanker ship MT Aquarius (1000tons) led J M Baxi’s maiden foray into barging and greatly expanded the firm’s grain-handling operations. In 1973, this was further expanded with the purchase of three self-propelled barges of 7/800 DWT, named MB Pankaj Sagar, MB Tarini and MB Surnandini. 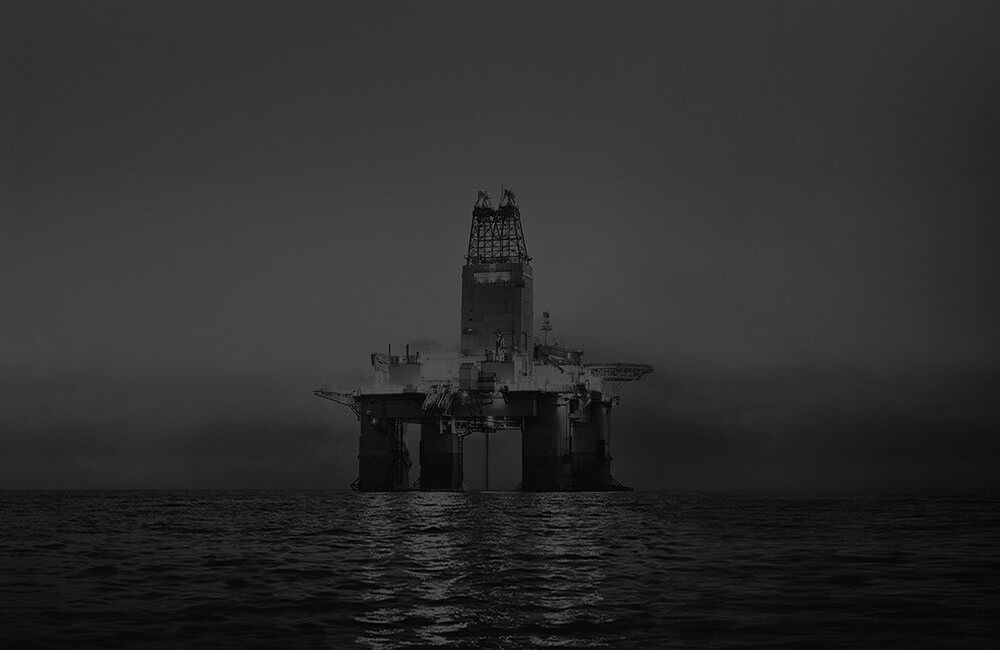 With the Calcutta connection firmly established, the Kotak family acquired a company called United Liner Agencies (ULA) of India in 1971 from three Scandinavian shipping companies, Fast Asiatic, Brostromand WilhWilhelmsen. This was particularly noteworthy as it was achieved during a restrictive government regulatory environment. ULA was acquired for the princely sum of Rs 3. ULA was a liner agency company doing business with the Waterman Steamship Corporation, which owned LASH vessels and LASH barges. 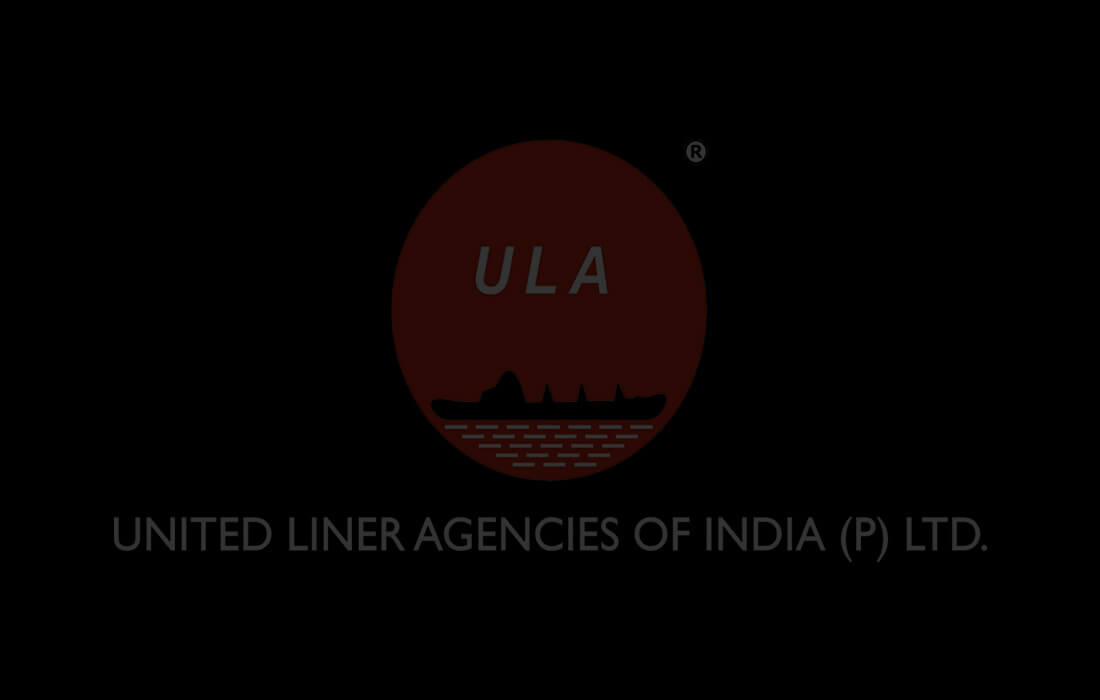 In the early 1970s, India’s relationship with the USSR expanded rapidly. The Soviet merchant marine fleet, SOVFRACHT, representing all of the large and small shipping companies of the Soviet Union, appointed stevedores and shipping agents at all major ports J M Baxi won the contract for Kandla port. This also led to J M Baxi being appointed agents for companies of other Eastern Bloc countries, such as the Czech Ocean Shipping Company, Maritime Navigation Bulgar and Deutschefracht. Containerised cargo became the norm, and business concentrated around ports capable of handling containers. The large Japanese trading and shipping companies used to trade frequently with India and J M Baxi’s relationship with KLine, ShowaLine and Yamashita Lines was hugely successful. Japan and Singapore had a healthy relationship politically and Singapore was a small developing country at that stage. The government-sponsored shipping company was Neptune Orient Line (NOL), which in turn had a strong relationship with KLine. We thus had the honour of having been agents for NOL.

Change was in the air, even at the Shipping Corporation of India (SCI), which had been trying to modernise with containers and for the impending intramural boom. SCI tied up with another public sector unit, Cargo Warehousing Corporation (CWC), to operate inland container depots in Delhi and Bangalore. Since J M Baxi was already the agent, they were invited to supply the equipment at these locations.

Bhagwandas J Kotak was firmly convinced of this model and committed to the project. It was a three-way partnership. CWC supplied the land and facilities, SCI provided the ship slots and cargo support, while J M Baxi & Cohandled the cargo and containers and supplied the equipment. However, it would eventually be taken over by a public sector unit Container Corporation of India (Concor), which was granted a monopoly over the rail transport of containers.

Several new banks came on the scene, enabling the rapid growth of Brinks Arya in the domestic secure logistics business. It serviced the thousands of ATMs that were starting to be installed. In the late 1980sand early 1990s, J M Baxi bagged shipping agency service contracts for a number of companies, such as CMB of Belgium, Hanjin and Hapag Lloyd.

With the commencement of the HBJ Pipeline in the 80's, many power plants and fertilizer plants came along the pipeline. National Fertilizer Limited was the first to issue a tender for transporting all the equipment from port to site; these were the days of severe shortages where even basic materials were imported.

The transportation involved moving many super sized and heavy cargo, the heaviest of which was 418 tons and needed 44 axles to move it. This size and scale had never been transported in India before. Even the hydraulic axles for this were not available in India. Krishna Kotak being the visionary entrepreneur, courageously bid for the project and won it. The challenging project involved building many bridges, roads on river beds and navigating unchartered territories. With this massive project implemented successfully, J M Baxi executed many critical projects and became a partner in India's growth story.

By the early 1980s, the Government of India realised that if the food shortage was to be tackled, it would need to usher in a second revolution in the form of sourcing adequate fertiliser, especially urea. Also with the Bombay High Oil fields producing associated gas, it was felt that a gas pipeline should be built from Hazira to Jagdishpur via Bijaipur and thus, it was called the HBJ pipeline. It was proposed that there should be six fertiliser urea plants and three gas-powered power plants along the line. J M Baxi, due to its strong relationship with SpieCapag, which had the EPC pipe-laying contract, had an opportunity to become involved with the project’s logistics, i.e. discharging pipes from ships at Kandla port, transporting the pipes to various sites for pipe-laying and site management, and also the transportation of all the pipe-laying and construction equipment. N Jamnadas & Co had a partnership with a company that offered courier services for sending documents between India and the USA. Its key client was the Morgan Guaranty Trust Co, a prominent bank in New York that would eventually become the banking giant JP Morgan Chase. Through this relationship, J M Baxi was introduced to Brinks Inc, a company specialising in secure logistics services. This company had an interest in the Indian diamond and jewellery trade, which was at the time just emerging. This led to the formation of the joint venture Brinks Arya India Pvt Ltd in 1981. 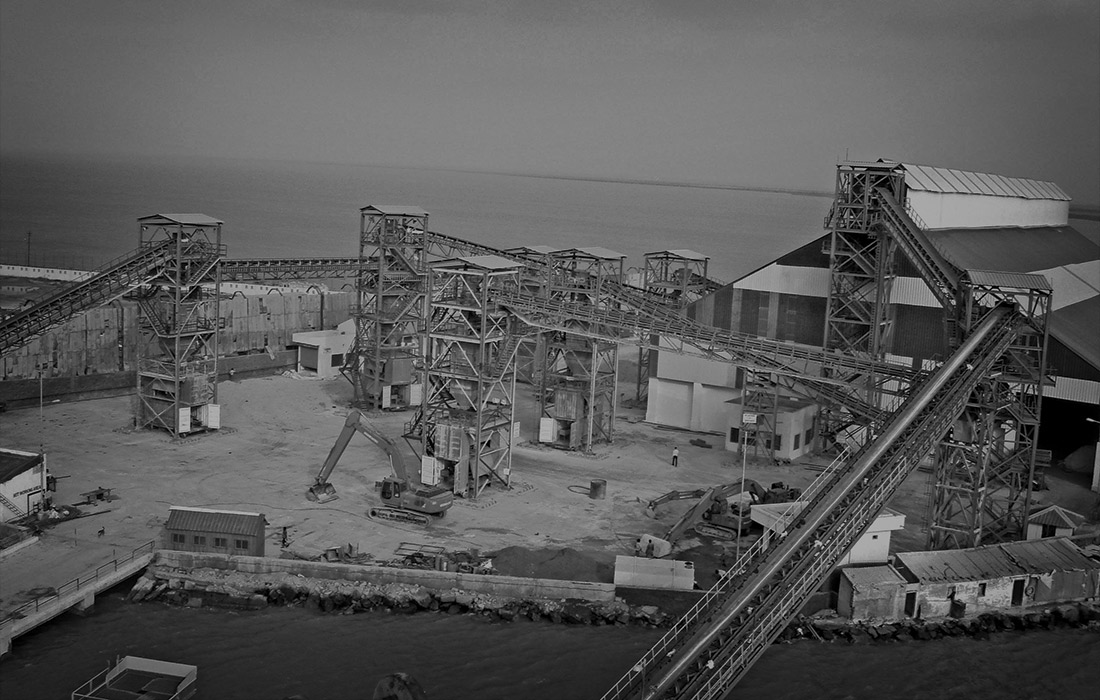 One of the first to be privatised was Rozi, J M Baxi won this and handled bulk cargo there ever since. It was a critical port as much needed fertilizer was imported there. 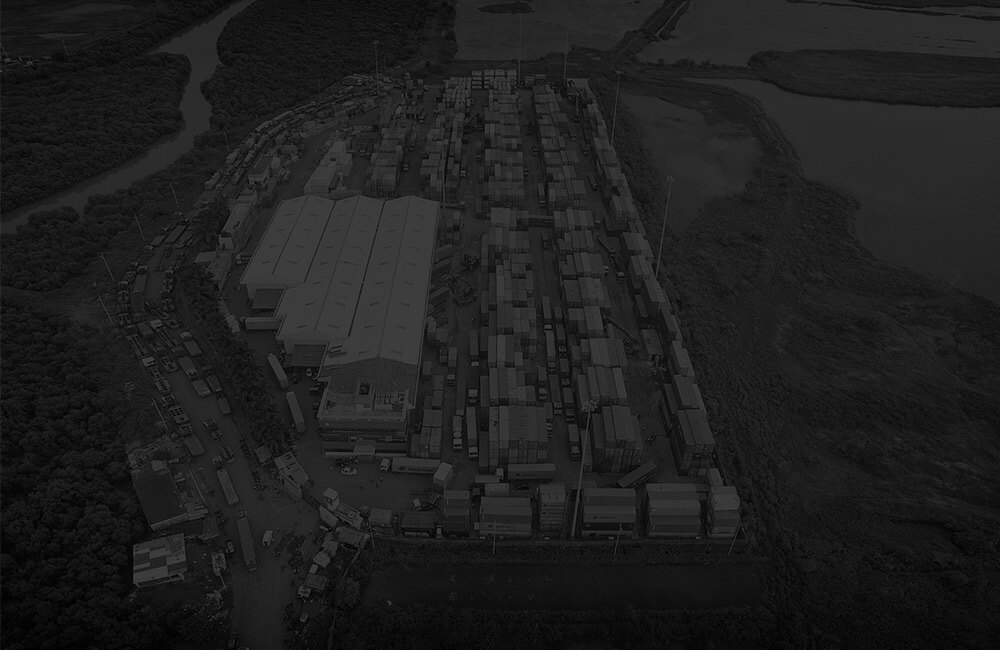 A container freight station (CFS) was set up near Nhava Sheva, again as a part of the economic liberalisation under which private operators were given licences to set up CFSs on CIDCO land in Dronagiri. In 2002, J M Baxi won a concession through a competitive bidding process to establish a container terminal at Vizag Port for 30 years. This was J M Baxi’s first foray into running a private terminal at a major port. In 2006, the government allowed the privatisation of train operations and J M Baxi acquired licences to run private container trains. In 2008, the digital arm of the group was formed and Diabos was established to cater to port call management. 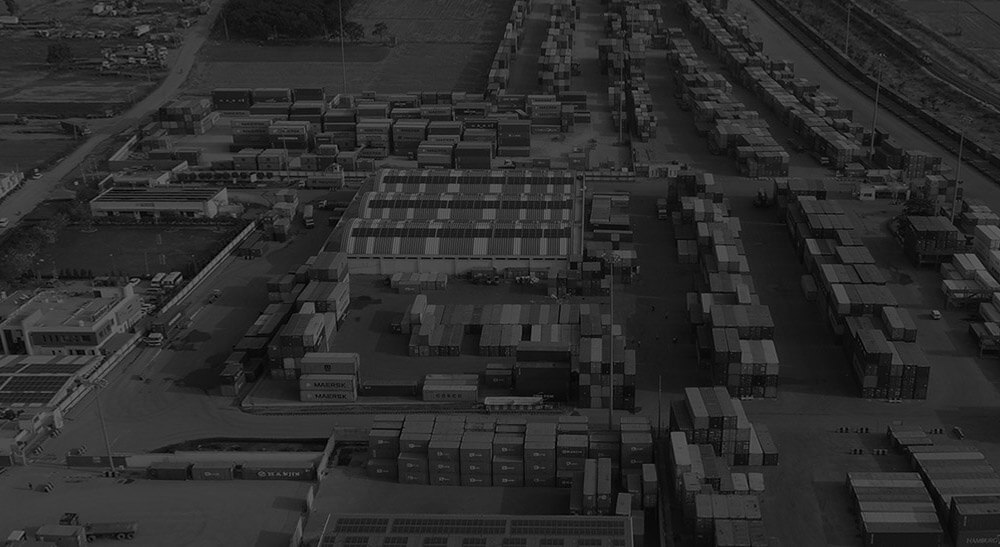 In 2014, seeing that the north Indian market was underserved, an inland container depot was set up at Sonepat near Delhi. 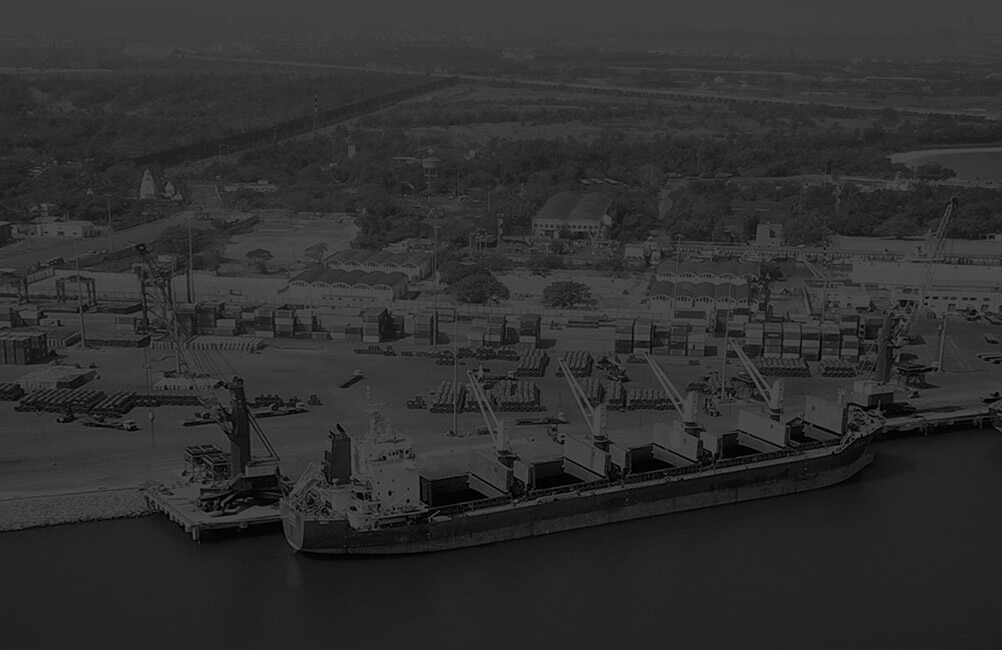 From 2013 to 2016, concessions were won to ramp up capacity at Haldia, Paradip, Kandla and Vizag. Haldia Container Terminal very much needed a professional operator to modernise and run its existing terminal. At Paradip, a multi-purpose clean-cargo terminal was built to serve the eastern markets of India. Kandla had a non-operational container terminal that had fallen into extreme disrepair and needed a major overhaul and increase in capacity. While J M Baxi already ran a container terminal at Vizag, an extension of this terminal would allow it to handle the rising volumes. A CFS was set up in 2015 to serve the Vizag market with efficient evacuation and last-mile services.

With the growing market for niche logistics services for last-mile deliveries, an additional inland depot was set up at Nhava Sheva with high-end cold-chain facilities.

Portall was set up in 2017 as a digital arm for the ports business. 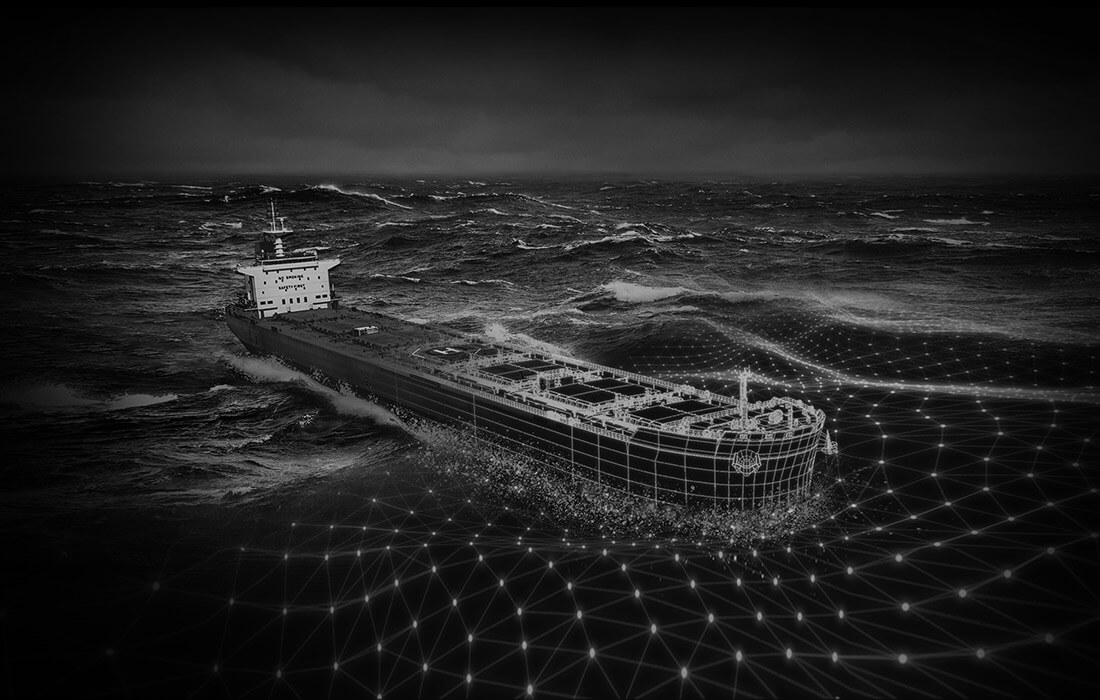 In 2018, it won a tender to develop India’s port community system.